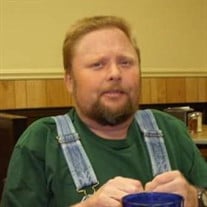 Timothy Thomas Pierce, 55, of Statesville, N.C., passed away on Tuesday, December 14, 2021, at Gordon Hospice House. Born on August 1, 1966 in Iredell County, N.C., he was the son of the late Thomas H. Pierce and Brenda Goodwin Pierce.

Tim was a 1984 graduate of North Iredell High School. He was an avid outdoorsman who loved to hunt and fish. Tim loved 4-wheeling in the mud. He was a simple man with simple taste. He was easy going and loved meeting new people. Tim was also an accomplished photographer and a lifetime Atlanta Braves and UNC Tarheel fan.