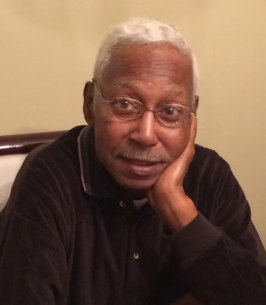 William graduated from Morningside High School in Statesville. Following graduation, he was employed with Uni-glass Industries, where he was employed for 20-plus years prior to retirement. Cotton was known for his ability to make anyone laugh, especially with his own infectious laughter. While serving the community as a cashier at Four Brothers, he could always be counted on to provide tall tales, funny stories, and humor as well as life’s lessons!

In addition to his parents, he was preceded in death by one sister, Carolyn Owens-Harrington.

Although he had many friends, he regarded Rick Shah as more than a boss, but a very dear friend.

Celebration of Life Services will be conducted Thursday, November 18, 2021, at Rutledge and Bigham Funeral Home. Reverend Reginald M. Keitt will officiate and burial will follow in the Belmont Cemetery.

Mr. Owens will remain at Rutledge and Bigham Funeral Home, where members of the family will receive friends from 12 until 1 p.m., but will assemble at the residence at other times.

Visit the Book of Memories for Mr. Owens at www.rutledgeandbigham.com.

Rutledge and Bigham Funeral Home is serving the Owens Family.