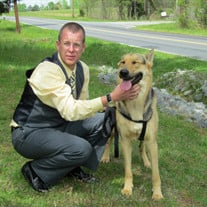 Andy loved skateboarding when he was younger. He enjoyed basketball, with his favorite team being the Duke Blue Devils. He also enjoyed keeping an eye on the stock market. He was a very friendly and helpful man. He would do his best to help anyone in need. Andy volunteered in many ways after Hurricane Katrina. He was deeply loved by his family and will be missed greatly.

In addition to his father, Andy was preceded in death by his maternal grandfather, Lewis Ore; his paternal grandparents, Emil and Marie Kovalchik; and his fur baby, Cletus.

A visitation will be held on Saturday, January 15, 2022 from 6 to 8 p.m. at Cavin-Cook Funeral Home and Crematory, Mooresville, NC.

In lieu of flowers, memorial contributions can be made to Tunnels To Towers, 2361 Hylan Boulevard, Staten Island, NY 10306

Cavin-Cook Funeral Home & Crematory, Mooresville, is serving the Kovalchik family. Condolences may be made to the family at www.cavin-cook.com.