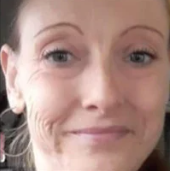 Ashley Nicole Muse Knight, 40, of Hiddenite, N.C., passed away May 2, 2022, at Gordon Hospice House in Statesville, N.C., after an extended illness. Ashley was born June 21, 1981, in Iredell County to Charles “Chuck” Muse and Jackie Miller Hickman of Hiddenite. Ashley worked as a Cosmetologist.

Those left to cherish her memory include her parents, Charles “Chuck” Muse and Jackie Miller Hickman of Hiddenite; one brother, Charlie Muse of Canton, N.C., and one niece Celest Baros.

A Memorial Service will be conducted at a later date. Memorials may be given to Gordon Hospice House, 2341 Simonton Road, Statesville, NC 28625.

Chapman Funeral Home is serving the family of Ashley Knight.