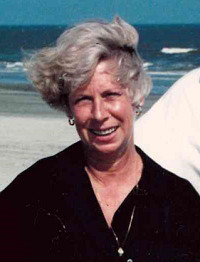 Billie Morrison Schofield, 80, of Reidsville, N.C., and formerly of Statesville, N.C., passed away Sunday, May 29, 2022, at Anne Tenn Cone Hospital in Reidsville.

Mrs. Schofield was born in Iredell County on March 19, 1942, the daughter of the late William P. Morrison and Cloyce Marie Galliher Morrison. Billie graduated from Statesville High School, Class of 1960. On July 14, 1968, she married Paul A. Schofield, and together they shared more than 50 years of marriage. Billie was a dental assistant with Dr. Dorton in Statesville and later worked as a dental assistant in Reidsville. She was a member of Woodmont United Methodist Church.

Along with her husband Paul, she is survived by her son, Christopher Paul Schofield; granddaughter, Chloe C. Schofield; and daughter-in-law, Heidi S. Schofield, all of Reidsville; two sisters, Helen M. Beaver of Wilson, N.C., and Teresa Ann Morrison of Statesville; and sister-in-law, Patricia S. Ledbetter and family of Summerville, S.C.

Graveside services will be conducted at 11 a.m. on Monday, June 6, 2022, at Oakwood Cemetery in Statesville with her nephew the Rev. Brian Beaver officiating. The family will receive friends at the home in Reidsville at any time.

In lieu of flowers, memorials may be made to St. Jude Children’s Research Hospital, 501 St. Jude Place, Memphis, TN 38105 or to Hospice and Palliative Care of Iredell County, 2347 Simonton Road, Statesville, NC 28625.