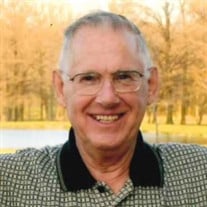 Joe Fletcher, 90, of Mooresville, N.C., passed away peacefully on Saturday, November 5, 2022, in his home surrounded by his family. He was born on December 5, 1931, in Mt. Vernon, Ohio, the son of Carl and Pauline Fletcher.

Mr. Fletcher was a graduate of Miami University in Oxford, Ohio, where he earned a BS degree in Business Administration. After college Joe served as a captain in the United States Air Force. He was president of Home Federal Savings and Loan in Xenia, Ohio, from which he retired after 30 years of service. Mr. Fletcher was a member of Williamson’s Chapel United Methodist Church in Mooresville. He was an avid swimmer, enjoyed playing cards with his friends and had a great love for his family, especially spending time with grandchildren and great grandchildren.

The family will receive friends on Friday, November 11, from 1 to 2 p.m. with a service following at 2 p.m. at Williamson’s Chapel United Methodist Church with Rev. Mark Pitts officiating. Burial will follow the service in the church cemetery.

In lieu of flowers, memorials may be made to Williamson’s Chapel UMC Pastor’s Benevolent Fund, 575 Brawley School Road, Mooresville, NC 28117.

Cavin-Cook Funeral Home & Crematory, Mooresville, is serving the Fletcher family. Condolences may be made to the family at www.cavin-cook.com.