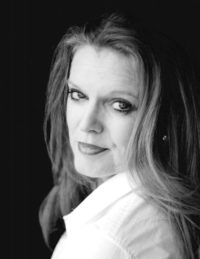 Cynthia “Cindy” Bowers Aremia, 61, of Stanley, N.C., passed away on Thursday, September 15, 2022, at the S. Mitchell Mack Hospice House in Mooresville, N.C., and the Lord has gained another angel.

Cindy was born on February 25, 1961, in Iredell County and was the daughter of Nancy Lambert Southers of Statesville. She was a 1979 graduate of Statesville High School and was a sales director with Hilton Garden Inn. She was a woman of faith, strength, and beauty  — the kindest of souls who always put others before herself. She loved cooking, time spent with family and friends, music, dancing, and old movies. Cindy was the best mother anyone could ask for and showed her love each day of her life. She was lovingly known as Gia to her grandchildren, who were her pride and joy. She was a wonderful sister who always stood beside her family.

Cindy was preceded in death by her stepfather, Lex Southers.

A funeral celebrating the amazing life of Cindy Aremia will be conducted at 2 p.m. on Sunday, September 18, 2022, at Fairview Baptist Church. The family will visit with friends from 1 to 2 p.m. at the church. Burial will follow the funeral service at Oakwood Cemetery. Online condolences may be made to the Aremia family at www.troutmanfuneralhome.com.

Those wishing to make memorials are asked to consider Fairview Baptist Church or Hospice of Iredell County.