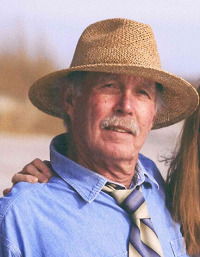 Mr. Brooks was born March 18, 1942, in Charlotte, N.C. He was the son of the late Fisher A. Brooks and Frances Hunter Brooks.

David is survived by his wife of 35 years, Mary Brooks; sisters, Carolyn Buboltz and Gloria Hinson; as well as his children, grandchildren and great grandchildren. He is further survived by two precious canine friends.

As he requested, there will be no service. Following cremation, ashes will be scattered in favorite South Carolina, North Carolina and Virginia locations.

The family requests in lieu of flowers, memorial gifts be made to one of the following: St. Jude Children’s Research Hospital, Wounded Warriors or Australian Shepherds Furever.