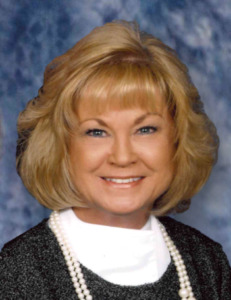 Mrs. Wexler was born December 20, 1952, in Iredell County, the daughter of Betty Sloan and the late Bill Sloan. Debbie was a graduate of North Iredell High School, Class of 1971. She was employed by Dr. Vacca as an orthodontics assistant and later worked with Manheim Auto in Statesville. She was a member of Mountain View Methodist Church. In 1993 Debbie married her beloved husband, Steve Wexler, who survives.

In addition to her father, Debbie was preceded in death by her brother, Lester “Butchie” Sloan Jr.

The family will gather with friends on Thursday, October 13, 2022, at Troutman Funeral Home from 6 to 8 p.m. A funeral celebration for Debbie will be conducted Friday, October 14, 2022, at 2 p.m. at Mountain View United Methodist Church.