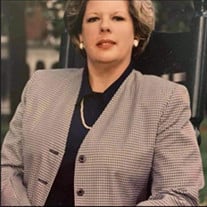 She graduated from St. Agnes School in Alexandria in 1966, attended Stratford College in Danville, Va., and received a B.A. in History with Honors from Hollins College in 1994. She served the United States as a Foreign Service wife for most of her adult life.

A funeral service and celebration of life will be held for family and friends on July 23, 2022, at 2 p.m. at Brown-Wynne Funeral Home, 200 Southeast Maynard Road, Cary, N.C.

Cavin-Cook Funeral Home and Crematory, Mooresville, is serving the Pope family. Condolences may be sent to the family at www.cavin-cook.com.