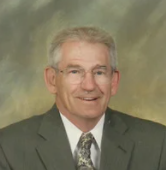 Donald Martin Parsons, 86, of Harmony, N.C., passed away March 11, 2022, at Gordan Hospice House in Statesville, N.C., after a brief illness. Donald was born in Ashe County, N.C., on January 9, 1936, to the late Walter Hampton Parsons and Lois Teaque Parsons.

Donald was a furniture worker and played mandolin with the Cranberry Creek Band. He was a member of Redemption Baptist Church.

In addition to his parents, he was preceded in death by one son, Dwayne Parsons; one daughter, Debra Ann Parsons; and three sisters.

Survivors include his wife of 51 years, Doris Tharpe Parsons of the home; one son, Tony Parsons and wife Angela of Mocksville; one daughter Sheila Cooper and husband David of Spindale, N.C.; one brother, Mack Parsons of North Wilkesboro; and one sister, Fern Hutchins and husband Albert of Statesville. Donald had eight grandchildren and twenty-one great-grandchildren.

A Graveside service will be conducted Monday, March 14, 2022, at 2 p.m. at Harmony Cemetery, Cemetery Street, Harmony NC, 28634. Pastor Mike Snelgrove will officiate. The family will receive friends 30 minutes prior to service at the cemetery.

Memorials may be given to Gordan Hospice House, 2341 Simonton Road, Statesville, NC 28625.