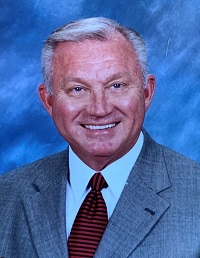 He was born to the late Howard Elmer Sherrill and Fannie Elizabeth Sherrill on August 10, 1942, in Troutman, N.C. Coite graduated from Troutman High School in 1960 and then attended Mitchell College and later Lenoir Rhyne College, where he received his bachelor’s degree in music education. He went on to attend Appalachian State University and the University of North Carolina at Chapel Hill, receiving a master’s degree and doctoral degree in school administration. In 1967 he married his wife, Mary Ann Sherrill, who survives. Coite served his entire professional career with the Iredell-Statesville School system working as a teacher, principal, curriculum director, and assistant superintendent. He attended Beulah Baptist Church in Statesville and served there for 43 years as the director of music and as a deacon.

Visitation will be held from 6 to 9 p.m. on Sunday, October 30, at Beulah Baptist Church. Funeral service will be conducted Monday, October 31, at 4 p.m. at Beulah Baptist Church with Rev. Brian Burgess officiating. Burial will follow in the church cemetery. Active pallbearers will be David Sherrill, Dwayne Bell, Brad Warren, Darrell Watt, Tommy Sherrill and Johnny Sherrill.

In lieu of flowers, memorials may be made to the music ministry at Beulah Baptist Church.