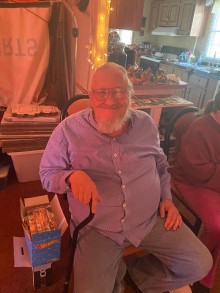 He was married to Anne Hartness, who survives. In addition to his wife, Ed is survived by one daughter, Jennifer Sherriff (Mike) of Statesville, and one son, Charles Tolliver of Statesville; five grandchildren and four great grandchildren.

Ed worked as a car salesman for many years.

He will be buried at the Salisbury National Cemetery Annex in a private ceremony.

Tribute and Tallent Cremation is serving the family.