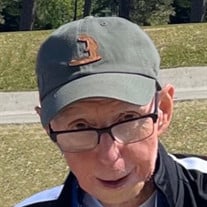 In addition to his parents, he was preceded by his brother, Theodore Nixon; and great-grandson, Nolan Thomas.

Mr. Nixon was a foreman for 35 years at JJ Collins Bindery in Woodridge, Ill., and 15 years as a bus driver at Providence Catholic High School in New Lenox, Ill. He attended St. Therese Catholic Church. He enjoyed golfing, boating and watching his grandchildren play in sports. His pride and joy was his family.

A memorial service will be held at a later date.

In lieu of flowers, memorials may be made to Providence Catholic High School, 1800 W Lincoln Highway, New Lenox, IL 60451.