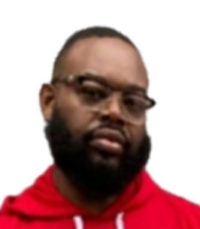 Jermaine Hamilton was born and raised in Far Rockaway, N.Y., in St. John’s Episcopal Hospital on March 5, 1985, to Pansy Hamilton and Steve Taylor. He was the oldest of four. Jermaine worked as a construction worker. He was loved because of the love he always gave to everyone who had the honor of meeting him. He was everyone’s favorite “Gentle Giant” as they would call him. Jermaine was a family guy, loved to be around his loved ones having a good time with a laugh that was one of a kind.
Jermaine had a smile that was so contagious no matter what mood you were in, you could not help but to smile back and with his hug that would pull you close to him. His favorite hobby was fishing. He was the best son, uncle, brother, and father anyone could ask for.

Jermaine has gone home to be with his grandparents, Marion and John Hamilton.

Graveside Services will be conducted Tuesday, September 27, 2022, at 1 p.m. at Chestnut Grove Baptist Church Cemetery in Statesville, N.C. Members of the family will receive friends prior to the grave service.

Visit the Book of Memories for Mr. Hamilton at www.rutledgeandbigham.com.

Rutledge and Bigham Funeral Home is serving the Hamilton Family.