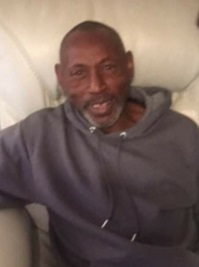 Gary was raised by his late grandparents, James and Viola Tate, and he was the oldest of eight siblings.

In addition to his parents, he was preceded in death by his wife, Carolyn Edwards Tate, and a daughter, Melissa Evette Tate.

Gary attended South Iredell High School and later he joined the United States Army, at an early age, where he was honorably discharged. He was a member of Miracle Tabernacle of Deliverance in Statesville, N.C., and he worked as an avid roofer, which was his passion. He enjoyed playing cards, cooking, and hanging with family and friends. Gary lived his life to the fullest, and he never met a stranger. He was a hard worker until his health started to fail. He dedicated his life to Christ and enjoyed going to church. Gary fought a good fight and will truly be missed.

A Celebration of Life will be held on Saturday, December 3, 2022, at Rutledge and Bigham Mortuary, Statesville, N.C., at 2 p.m. Visitation will be held from 1 to 2 p.m. Pastor Lonnie Harper will do the eulogy.

Visit the book of memories for Gary Lewis Tate at www.rutledgeandbigham.com.

Rutledge and Bigham Funeral Home is serving the Tate family.