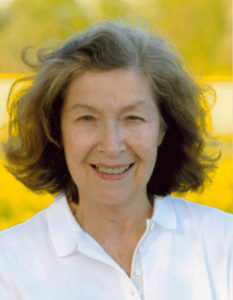 Mrs. Duarte was born in Chesnee, S.C., and was the daughter of the late C.J. and Louise Cudd. She was a graduate of Chesnee High School and Winthrop College (The South Carolina College for Women). She received her Master’s Degree in Education from Furman University, continued her education with classes at the University of North Carolina Chapel Hill and at Appalachian State University. While in high school, Gwen was the class Salutatorian and DAR Good Citizen, and she had perfect attendance. At Winthrop College, she received the Mary Mildred Sullivan Scholarship and was a member of Beta Alpha Honorary Business Club. She began her career at North Greenville College as a professor of secretarial science and served as the secretary to the president of the college. While working at North Greenville in 1950, she met and married her beloved husband, Hugo Duarte. Hugo said of Gwen, “She was very cute, small and gentle.” Their wedding took place in 1952 at the home of the College President, Dr. M.C. Donnan, beginning a loving marriage that spanned more than 54 years. The Duartes welcomed two beautiful children into their family, a son, Hugo A. Duarte, and a daughter, Louise M. Duarte. The family moved to Gastonia, N.C., with their two small children and Gwen continued her teaching career at Gaston College. She retired in 1993 after 42 years as a college professor, including 27 years at Gaston College. Mrs. Duarte was a member of the “Who’s Who” of Women in Education, the Bicentennial Edition of Notable Americans, the American Business Communications Association, National Business Education Association, Southern Business Education Association, North Carolina Business Education Association, and the North Carolina Association of Educators. All throughout her professional career, Gwen continued to be a loving wife and mother to her husband and her children. She said of her children, “I am proud of my family! I like to believe that I have influenced each of their lives and have played a part in their success and accomplishments.” Her humility and kindness made Gwen dear to each person who had the pleasure of knowing her.

Along with her parents, Mrs. Duarte was preceded in death by husband, Hugo, and her son, Hugo “Hugh,” and her four brothers, Benjamin, Berryman, Byron, and Gerald Cudd.

A funeral service celebrating the life of Gwen Duarte will be held at 3 p.m. Monday, August 29, 2022, Western Avenue Baptist Church, with the Reverend Brian Burgess and Reverend Jeff Spry officiating. The family will greet friends at the church from 2 to 3 p.m. Burial will follow the service at Ham’s Grove Baptist Church.

Those wishing to make memorials are asked to consider Ham’s Grove Baptist Church, Western Avenue Baptist Church or 106.9 the Light FM. Online condolences may be made to the Duarte family at www.troutmanfuneralhome.com.