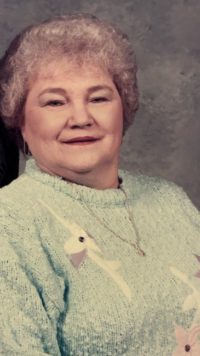 Inge Maria Paus Sherrill, 85, of Statesville, N.C., passed away Sunday, November 13, 2022, surrounded by her family at her residence. Inge was born on December 24, 1936, in Wurzburg, Germany, to the late Oscar and Anna Paus.

Inge met the love of her life, the late Earl W. Sherrill Jr., while he was in the U.S. Army stationed in Germany. They married in 1952 and came back to the United States and had three children, Patricia, David, and Susan.

Inge was proceeded in death by her parents; husband; daughter, Patricia Pendleton of Statesville; and grandchild, Randy Jones.

Fond memories and expressions of sympathy may be shared at www.bunchjohnsonfuneralhome.com for the Sherrill family.