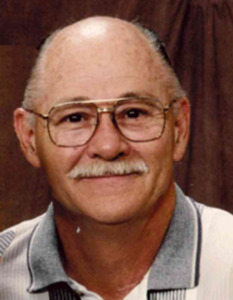 Mr. Morrison was born October 6, 1941, in Washington, D.C., and was the son of the late James Tilden Morrison Jr. and Letty Mull Morrison. Jerry was a graduate of Scotts High School and honorably served in the U.S. Army. He was an auto mechanic with Bell & Howard Chevrolet and Dixie Jeep Eagle in Statesville and enjoyed restoring classic cars in his spare time. He was married on July 1, 1961, to Barbara Beckham Morrison. Together they shared 61 years of marriage.

In addition to his parents, Mr. Morrison was preceded in death by his sister, Doris M. Service.

A service to celebrate the life of Jerry Morrison will be held Friday, July 29, 2022, at 7 p.m. at New Amity ARP Church with Chaplain Aaron Macemore of Hospice of Iredell County officiating. The family will visit with friends at the church from 6 to 7 p.m. prior to the service.

Those wishing to make memorials are asked to consider Hospice of Iredell County. Online condolences may be made to the Morrison family at www.troutmanfuneralhome.com.