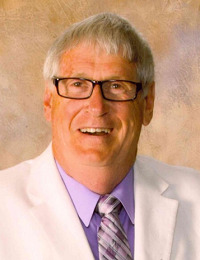 John was born September 17, 1946, in Iredell County, N.C., the son of the late John Boyce Rogers Sr. and Sadie Pauline Sherrill Houpe Rogers. He was a 1965 Statesville High School graduate, furthering his education at Mitchell Junior College and Appalachian State University, where he received his Bachelor’s Degree, Master’s Degree, and Education Specialist Degree. John taught at West Rowan Middle School (WRMS) for 35 years and served on the Iredell County School Board. While at WRMS he proudly received the Teacher of the Year award. He loved all things App State, was Past President of the Alumni Association, a member of the Rhododendron Society, and received the Appalachian State University Outstanding Service Award. In “retirement” he was employed at the University Bookstore. He was a member of Western Avenue Baptist Church and had authored two books on the history of the church.

He was married to the late Linda Crawford Rogers, who passed away in September 2002. In addition to his beloved wife, he was also preceded in death by his sister, Martha Houpe Peeler, and his brother, Frank Gordon Houpe.

A funeral service for John Rogers will be conducted at 7 p.m. Thursday, October 6, 2022, at Western Avenue Baptist Church, The Reverend Jeff Spry will officiate. Visitation will be held prior to the service at WABC, from 5 to 6:30 p.m. Burial will be held Friday, October 7, 2022, at 11 a.m. at Iredell Memorial Gardens. The family asks that those in attendance please wear Black and Gold in honor of John’s love of Appalachian State University.

Online condolences may be made to the Rogers family at www.troutmanfuneralhome.com.