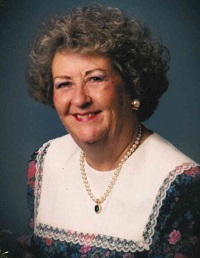 Mrs. Dowell was born, June 27, 1931, in Iredell County. She was the daughter of the late Joe Stacey Jolly Sr. and Willie Florence Patterson Jolly. Josephine was a graduate of Central School. On March 24, 1951, she married Dewey Frederick Dowell Jr. who preceded her in death. Mrs. Dowell was a member of Trinity UMC, where she sang in the choir for more than 60 years. She was a devoted homemaker, who enjoyed cooking and preparing meals. She also loved spending time with her husband listening to bluegrass music or watching NASCAR. Her grandchildren held a special place in her heart. Josephine also served as a Pink Lady at Iredell Memorial Hospital for 23 years. She had a servant’s heart.

In addition to her parents and husband, she was preceded in death by her brothers, Bill Jolly, Joe “Babe” Jolly Jr., Frank Jolly, and Jack Jolly; and her sister, Peggy Hayes.

A funeral service to honor the life of Josephine Dowell will be held at 3 p.m. on Sunday, May 29, 2022, at Trinity UMC with Rev. Mike Duncan officiating. The family will visit with friends from 1:30 to 3 p.m. prior to the service at the church. Burial will follow the funeral service in the church cemetery.