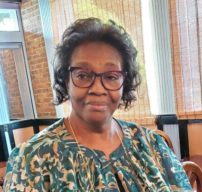 Kathy graduated from the General Education Development Program at Mitchell Community College. She worked in Textiles for most of her career and retired from Shurtape Technology. She was a faithful member of Bibleway Church Number 1/Headquarters, and an active member of the Deaconess Board. Her hobbies and interests included reading the KJV, attending Sabbath Services, cooking and baking, sewing, gardening, arts and crafts, shopping, television, video/board games, talking on the phone, and outings with her children, grandchild, and sister.

Bunch-Johnson Funeral Home is proud to be serving the Bostic family.