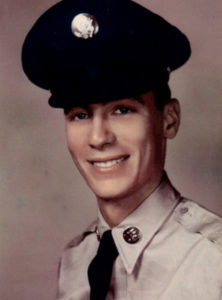 Mr. Keith O. Klopp, formerly of Port Washington, Wis., passed away Monday morning, December 26, 2022, at home in Troutman, N.C., where he and his wife Jennie have resided for the past twenty years.

Keith was born in Port Washington on August 23, 1942, to Walter and Frances (Galles) Klopp.

Keith grew up in Port and attended local schools before enlisting in the U.S. Army, where he served three years active duty in the intelligence arena, stationed abroad in Panama and East Asia. Keith subsequently worked in international trade for a few Milwaukee-based companies and as an independent consultant in Port Washington.

After his military service, Keith returned to Port Washington and attended the University of Wisconsin-Milwaukee, where he met Genevera Rahl of Augusta, Wis. The couple were married on October 31, 1965, at the First Congregational Church across the street from the long-time Galles/Klopp home on W. Main Street, where Keith and Jennie raised their three children, Breon, Keven, and Kacia. Keith and Jennie were active members of the church, helped to arrange several performances by the Milwaukee Symphony Orchestra at Port High’s new theater upon its completion, and were avid supporters of their school-spirited and sports-oriented children.

Keith and Jennie eventually retired to Troutman, N.C., where they were closer to their adult children and their respective families.

Those left to cherish his memories include his wife Jennie of Troutman, N.C.; brother Reid (Carole and daughters Kristine and Andrea) of Madison Wis.; sons Breon (Alison) of Mooresville, N.C., and Keven (Elizabeth) of Hollywood, Fla.; daughter Kacia Jurdi (Ed) of Asheville, N.C.; grandchildren Kayleigh of Chicago, Ill., Garrett and Alex of Mooresville, N.C., Sara, Branden, and Sofia of Hollywood, Fla., and Lila of Asheville, N.C.

He is further survived by sisters-in-law Susan DeBusman, Pat Lange, Mona Rahl, and Marty Rahl, as well as extended family including two great-grandchildren and several cousins, nieces, nephews, and friends.

A memorial service is planned for later this year in Augusta, Wis., where Keith will be inurned at West Lawn Cemetery.