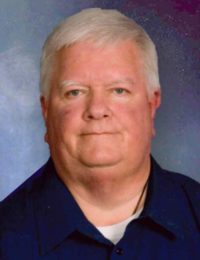 Mr. Shawver was born January 17, 1948, in Washington, D.C., the son of the late Randall C. Shawver and Evelyn Hall Shawver. Ken honorably served in the United States Marines and was a Vietnam Combat Veteran. He spent his career in law enforcement, joining the Statesville Police Department on August 6, 1969, serving all the way through the ranks from patrol officer to Assistant Chief. He retired from the SPD on May 1, 1997. Ken started and was a charter member and past president of the Fraternal Order of Police, Lodge 10 and had also served as the Lodge secretary. Ken was an avid collector and seller of many antiques.

In addition to his parents, he was preceded in death by his sister, Randa Mason, and his nephew, John D. LeFaivre.

Those left to cherish his memory include his beloved wife, Pat Duchinski Shawver; his sister, Sheila S. Morrow; his nieces; Jennifer L. Morrow and Stephanie LeFaivre; his nephew, Randy Mason; numerous great nieces and nephews; and his precious fur babies, Colt and Kenzie.

The family will visit with friends from 6 to 8 p.m. on Thursday, June 23, 2022, at Troutman Funeral Home. Services celebrating the life of Kenneth Evan Shawver will be conducted at 11 a.m. on Friday, June 24, 2022, at Fairview Baptist Church. Burial will follow in the church cemetery with full military honors. Mr. Shawver will lie in state 30 minutes prior to the service.

Those wishing to make memorials in Mr. Shawver’s memory are asked to consider the Fraternal Order of Police, 366 Dover Road, Statesville, NC 28677.