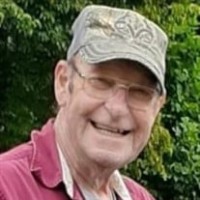 Lynn Wade Sloan, 74, of Statesville, N.C., passed February 2, 2022, after an extended illness at Gordon Hospice House. He was born in Iredell County on March 21, 1947, to the late Webb Newland Sloan and Ida Lee Goodin Sloan.

Lynn was in the U.S. Army and served two tours in the Vietnam War. After returning home, he worked for Hunt manufacturing. Lynn was a member and a Sunday School Teacher at Mt. Nebo Baptist Church. He also enjoyed being outdoors hunting and fishing.

In addition to his parents, he was preceded in death by one brother, Newland Sloan.

Memorials may be given to the Hospice of Iredell County, 2341 Simonton Road, Statesville, NC 28625.