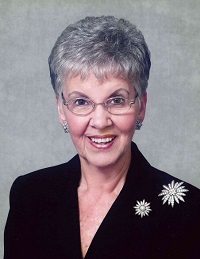 Carolyn was born on October 11, 1938, in Iredell County to the late Clarence Franklin Drum and Mary Iona Allgood Drum. She graduated from Scotts High School and was a member of First ARP Church in Statesville. She formerly worked for JC Penney in the accounting department and later for Holly Farms Trucking as a secretary.

In addition to her parents, Carolyn was preceded in death by her sister, Dorothy Bustle (Fred); brothers, Leroy Drum (Nell); and Jerry Drum (Ruth).

Carolyn was a devoted mother, wife and grandmother who cherished her three grandsons more than anything.

Visitation will be held Sunday, November 6, at Troutman Funeral Home from 5 to 7 p.m. A graveside service will be held at 2:30 p.m. on Monday, November 7, at Oakwood Cemetery with a memorial service to follow at 4 p.m. at First ARP Church in Statesville with Rev. Chuck Evans officiating.

The family would like to thank Hospice and Palliative Care of Iredell County for their care and support, and a special thank you to the in-home caretaker, Betty Stewart.