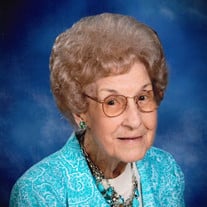 She was valedictorian of her high school class and earned a business certificate at Mitchell College in Statesville, N.C. Kitty worked in quality control with Burlington Industries, Cascade plant, for 35 years and later retired as Assistant Corporate Quality Control Manager at Home Innovations. In 1944, Kitty joined Centre Presbyterian Church, where she was ordained as elder, taught Sunday school, served as treasurer of the Presbyterian Women, and was a lifetime member and treasurer of the Era Brantley Circle. She was responsible for preparing communion for her church for many years.

She is survived by her sons, William A. “Bill” Woods and wife Janice of Charlotte, and Richard E. Woods and wife Suzanne of Mooresville; granddaughters, Leahanne Woods and Emily Daniel; and four great grandchildren, Joseph, Owen, Cameron Louise and William.

A memorial service will be held at 2 p.m. on Thursday, August 4, 2022, at Centre Presbyterian Church, Mooresville, with Dr. Robert Howard officiating. The family will receive friends immediately following the service at the church.

Memorials may be made to the Cemetery Fund, Centre Presbyterian Church, 129 Centre Church Road, Mooresville, NC 28117, or the charity of donor’s choice.

Cavin-Cook Funeral Home, Mooresville, is serving the family of Mrs. Woods. Condolences may be made to the Woods family at www.cavin-cook.com.