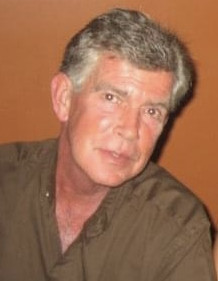 Mr. Threatte was born in Iredell County, N.C., on June 9, 1957, the son of the late Benjamin Jackson Threatte and the late Betty Jean Rumple Threatte. Michael graduated from Statesville High School, proudly served in the U.S. Navy, and was employed as an operator/technician with Keystone Powdered Metal Company in Troutman. He loved spending time around his house, mowing his yard and enjoying his pool. He enjoyed riding horses (and when he was younger, riding his Harley Davidson), but especially cherished time with his grandchildren.

Along with his parents, Michael was preceded in death by his sister, Lynn Threatte Stroud; and his brother, Benjamin Jackson Threatte Jr.

Those left to cherish Michael’s memory include his wife of 44 years, Deborah Kilpatrick Threatte; his daughter, Brandy Threatte; his son, Michael Dean Threatte III (Samantha Ellen Short); his grandchildren, Saylor Ruby Threatte, Trey Ashton Threatte, and Ellianah Rhe Threatte. He is further survived by his brothers, Steve Threatte, Kenneth Threatte, and Jerry Threatte; and his sisters, Bonnie Lackey and Jeanine McLean; along with his fur babies, Sophia and Flask.

A gathering of family and friends will be held from 6 to p.m. on Friday, September 23, 2022, at Troutman Funeral Home.