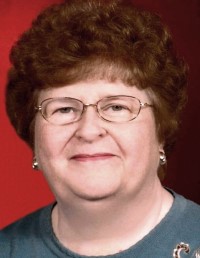 Nelda Jean Black Summers, 79, of Statesville, N.C., went home to be with Jesus on the morning of Wednesday, January 26, 2022. She passed away peacefully at Heritage Place following her lengthy battle with dementia.

Jean was born in Iredell County on November 14, 1942, to the late James Lauren Black and Nellie Goodin Black.

She attended Statesville City Schools and graduated from Statesville High School in 1961. After graduating, Jean received a certificate in Airline Personnel Training from the Central Technical Institute in Hartford, Conn., with her best friend Brenda.

In the early 1960s, Jean worked at Northwestern Bank, which was located at the corner of Front and Center streets in Statesville.

After years of being a dedicated homemaker, Jean returned to the workforce in the early 1980s. She worked for more than a decade in Accounts Payable and Receivable at John Boyle & Company, where she met her dear friends Peggy and Kathy.

Jean devoted her life to her faith and family. She was a selfless wife, mother, grandmother, sister, and friend. Jean was always a “prayer warrior” who spent countless hours writing heartfelt prayers in her journals. She also served on the prayer and hospitality committees and taught children’s Sunday school at Diamond Hill Baptist Church, where she had many cherished friends. Those closest to Jean will always remember her delicious food, generous heart, and faithful spirit.

Jean is survived by her two children, Lisa Summers Elam (Gary) and Steven Alan Summers; and one grandchild, Melanie Marie Elam. She is also survived by her brother, Larry Black and his wife Janice; in addition to many nieces, nephews, and cousins as well as her two cats Callie and Tomas.

She was preceded in death by her husband of over 50 years, Charles Donald Summers.

The family would like to send a special thanks to all of Jean’s wonderful caretakers at both Heritage Place and Hospice of Iredell County. Nick, Tammy, Linda, Evan, Bonnie, Kim, Leslie, Lisa, and Brandi have all been angels to our family!

Due to Covid and the family’s desires, there will be a private family memorial service.