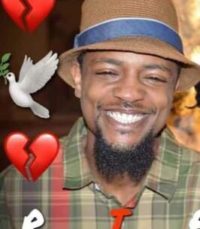 Rasan Portlock, 38, Charlotte, N.C., was born on August 6, 1983, and was the son of Reginald Jerome Portlock and Glenda Morrison Reid. He passed away on June 11, 2022, at Charlotte Atrium Hospital. He was preceded in death by his brother, Dewayne Dawson; and grandparents, Horace and Helen Morrison, and Thomas and Roberta Lowery Portlock.

A Celebration of Life will be held on Friday, June 24, 2022, at Christian Outreach of the Piedmont, Statesville, at 3 p.m. with Reverend Usry officiating. Visitation will be from 2:30 to 3 p.m. Burial will follow in the Belmont Cemetery, Statesville.

Visit the book of memories for Rasan Jamar Portlock at www.rutledgeandbigham.com.

Rutledge and Bigham Funeral Home is serving the Portlock family.