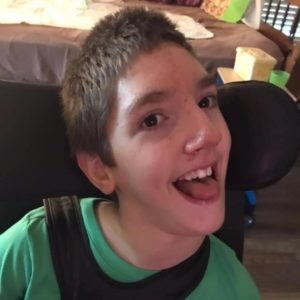 Reed was born March 18, 2009, the son of Kelton Coles Sprinkle and Danielle Jordan Sprinkle. He attended East Iredell Middle School and was a member at South River Baptist Church. Reed was a beloved, happy young man, who had the best smile. He especially enjoyed his grandmothers, who were faithful in caring for Reed. His favorite activity was watching the Fresh Beat Band.

In addition to his parents, Reed is survived by his brothers, Cole Jordan Sprinkle and Elijah James Sprinkle; and his sister, Emery Faith Sprinkle. He is further survived by his grandparents, Ed and Barbara Sprinkle, and Dan and Mary Jordan; his uncle, Alex Sprinkle (Trina); his aunts, Michelle Jones (Andy) and Robin Jordan; and his cousins, Shelby and AJ Sprinkle, Caleb, Rachel and Titus Jones, Maicy and Evan Sheets.

A memorial service for Reed will be held Sunday, April 10, 2022, at 3 p.m. at South River Baptist Church with the Reverend Doctor Chris Thompson officiating. The family will visit with friends from 1:30 to 3 p.m. at the church.

Those wishing to give memorials are asked to donate to Friendz of Kenz Inc. at www.friendzofkenz.org, or East Iredell Middle School, Charlotte Dison’s Classroom, 590 Chestnut Grove Road, Statesville, NC 28625.

Online condolences can be made to the Sprinkle family at www.troutmanfuneralhome.com.