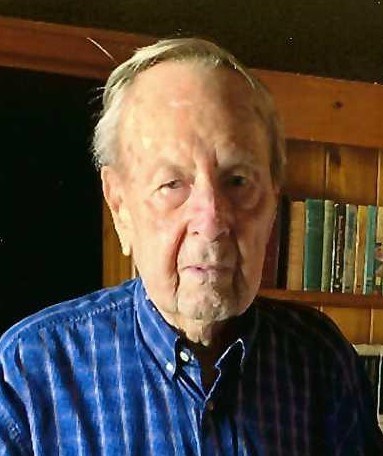 Richard was preceded in death by his mother, Mary Pearl Lippard; sisters, Aileen Rimmer and Marybelle Mecimore; and his nephew, Steven Rimmer.

Richard is survived by his wife, Doris Lippard; children, Sharon L Walker, Bradley Lippard, and Andrea Lippard; and granddaughter, Keri Walker. He is also survived by several nieces and nephews.

Richard is a WWII veteran who served in Japan under General McArthur’s Honor Guard Company.

Richard retired from JC Penney after 43 years and was a member of Oakland Presbyterian Church. He enjoyed hunting, fishing, and working in his garden.

A visitation will be held on Wednesday, August 10, 2022, from 1 to 2 p.m. at Bunch-Johnson Funeral Home. A funeral service will be held in the funeral home chapel on Wednesday starting at 2 p.m. with Pastor Steven Snipes officiating. Burial will follow at Iredell Memorial Gardens with military honors.

In lieu of flowers donations can be made to Oakland Presbyterian Church and Hospice and Palliative Care of Iredell County.

Fond memories and expressions of sympathy may be shared at www.bunchjohnsonfuneralhome.com for the Lippard family.

Bunch-Johnson is honored to be serving the Lippard family.