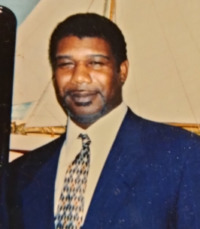 Mr. Robert Lee English, 62, son of Rachael Ellis English Gayles and the late John Sidney English, was born on December 2, 1959. He departed this life on May 20, 2022, at Wake Forest Baptist Medical Center in Winston-Salem following an extended illness.

He attended Bellport High School in Long Island, N.Y., and attended the Church of God in Christ. He served in the United States Army and was honorably discharged. At one time, he lived in Milwaukee and then made his home in North Carolina. He loved to cook and worked in the restaurant industry prior to his death.

Celebration of Life Services will be conducted Sunday, May 29, 2022, at 1 p.m. at Rutledge and Bigham Funeral Home. Members of the family will receive friends at the Funeral Home from 12:30 to 1 p.m. Burial will follow at the National Cemetery in Salisbury, NC at a later date.

Visit the Book of Memories for Mr. English at www.rutledgeandbigham.com.

Rutledge and Bigham Funeral Home is serving the English family.