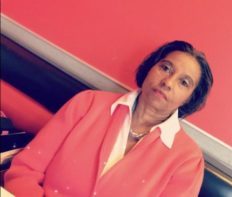 Loving mother Ruth Washington-Turner passed away on June 26, 2022, after a short battle with cancer and suffering a massive stroke. Ruth passed peacefully in her sleep at Accordius Health in Clemmons, NC. Ruth was 67 and was surrounded by loving family members before passing.

Ruth was born to Annie E. Smith on September 25, 1954, in Alexandria, Va. A member of the church from a very young age, Ruth participated in the church choir at Shiloh Baptist Church. She attended Hayfield High School. While in school, Ruth realized her passion for being a hairstylist and seamstress.

After graduation, Ruth went on to be an executive secretary for the federal government. She was blessed with three boys, Kennie, Jayson and Kevin Washington. Ruth was joined in matrimony to her first husband, Larry Wilkins, in the late 1980s. Ruth remarried to Ronald Turner in the late 1990s. To start a new life, they moved from Virginia to Statesville, N.C., along with boys. Ruth worked at the Iredell County Area Transportation System until she was diagnosed with cancer. She truly enjoyed driving the bus to pick up and drop off senior citizens.

She was passionate about sharing the love of our Lord with others and was an integral part of church. Now that Ruth has passed into the arms of our Lord, we should remind ourselves that while this is the end of Ruth’s physical life on earth, it’s the beginning of an eternal and beautiful journey for her.

Fond memories and expressions of sympathy may be shared at www.bunchjohnsonfuneralhome.com for the Washington family.