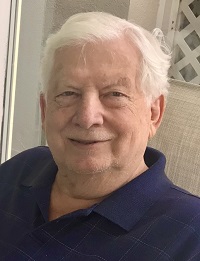 Gene was born in Iredell County, N.C., on January 11, 1942, the son of the late Newman and Malinda Gantt Isenhour. He attended Statesville High School, Mitchell Community College and the University of North Carolina at Chapel Hill, where he received his Master’s Degree in Business Administration. He proudly served his country in the United States Army during the Vietnam War. He served his community through his church, Freemasonry, and the Shrine. Gene was self-employed as the owner and president of Clemmons Hardwoods. On August 13, 1966, he married the love of his life, Wanda Davidson Isenhour, who survives.

A funeral service celebrating the life of Gene Isenhour will be conducted at 3 p.m. on Saturday October 8, 2022, at First ARP Church in Statesville. The Reverend Beth Davidson will officiate. The family will greet friends at the church one hour prior to the funeral from 2 to 3 p.m. Burial will follow the funeral service at Bethlehem United Methodist Church in Statesville.

Online condolences may be made to the Isenhour family at www.troutmanfuneralhome.com.

The family would like to extend our gratitude to Accessible Home Care of Greater Charlotte and Hospice of Iredell County for their excellent support of our family.