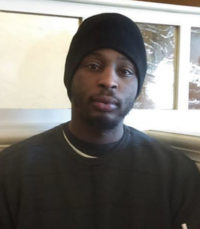 Our beloved Shawn Darnell Whren Jr., 31, a resident of Statesville, N.C., departed this life on July 1, 2022 at Iredell Memorial Hospital. Shawn was born on October 9, 1990, in Iredell County to Julia Chambers and Shawn Whren Sr.

Shawn was preceded in death by his aunt, Sharon Whren; and his twin nieces, Khaleeyah and Khalayah Frazier.

Shawn, who was affectionately called “ShawnShawn,” attended Statesville Senior High School. He was a loving, kind, considerate person who would give the shirt off his back and was always willing to lend a helping hand to anyone he encountered.

Shawn loved his family, especially caring for all his nieces and nephews, preparing dishes for them that he may have seen on a cooking show. He never met a stranger and had a smile for everyone who crossed his path. Those who known him know that Shawn liked bright colors, with purple being his favorite.