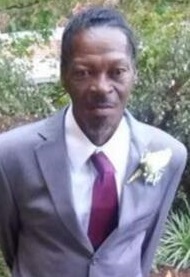 Mr. Spencer Dale Brawley, 62, was born in Rowan County, N.C., on November 17, 1959, to the late Leon Brawley and Bertha Stockton Brawley. He departed this life on Sunday, November 13, 2022, at Iredell Memorial Hospital in Statesville, N.C.

Spencer graduated from West Rowan High School and was employed as a custodian with Iredell Health Systems. At an early age, he attended Cameron Presbyterian Church.

In addition to his parents, he was preceded in death by his brother, Terry Brawley; sister, Juanita Strong; and his granddaughter, Shantee Pratt.

A Celebration of Life service will be held on Saturday, November 19, 2022, at 2 p.m. at Rutledge and Bigham, Statesville. Visitation will be from 1 to 2 p.m. at the funeral home. Pastor Aaron Stockton will be officiating, and Minister Carolyn Brawley Powell will deliver the eulogy.

Visit the Book of Memories for Mr. Brawley at www.rutledgeandbigham.com.

Rutledge and Bigham is serving the Brawley family.