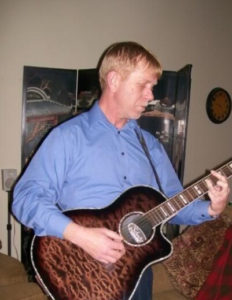 Steve, as he was known by his friends and family, was born on July 6, 1962, in Akron, Ohio. He was the son of Toni Jean Dewey and the late Robin Francis Dewey. In addition to his father, Steve was preceded in death by his grandparents.

Steve chose a career in the military. He honored our country and served in the United States Air Force for 20 years. He climbed the ranks to reach Master Sergeant during his time serving, and he also earned a bachelor’s degree as a biomedical engineer. Steve was a jack-of-all-trades and loved music, surfing, and animals, especially cats and dogs.

A memorial will be held at a later date at The National Cemetery in Arlington.