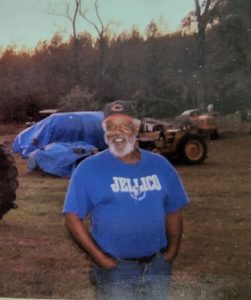 Thomas graduated from Unity High School in 1960 and attended CPCC, where he studied air conditioning and automotive. He attended Freedom Presbyterian Church at an early age and was later a member of The Living Church of God. He served in the U.S. Army in Germany. At one time, he was employed as a truck driver for A.G. Trucking and worked as a forklift operator at General Tire & Rubber Company for 30 years.

In addition to his parents, he was preceded in death by his brother, Alphonzo Tomlin; and his two sisters, Beatrice Borders and Carolyn White.

A Celebration of Life Service will be conducted, Saturday, August 27, 2022, at 3:30 p.m. at Freedom Presbyterian Church, Statesville. The family will receive friends from 3 to 3:30 p.m. at the church. Burial will follow in the church cemetery.

Visit the Book of Memories for Mr. Murdock at www.rutledgeandbigham.com.