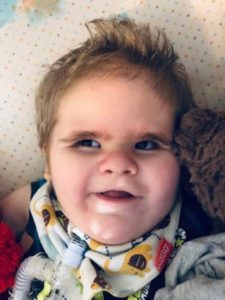 Walker was preceded in death by his sister, Arielle Chapman.

The family wants to extend a special thanks to the staff at Bayada for their help in caring for Walker.

In lieu of flowers, the family requests donations be made to the Ronald McDonald House.

A memorial service will be held Thursday, August 4, at Eufola Baptist Church with visitation at 3 p.m. and service at 4 p.m. Services will be led by Jake Potter.

Bunch-Johnson Funeral Home is proud to be serving the Chapman family.