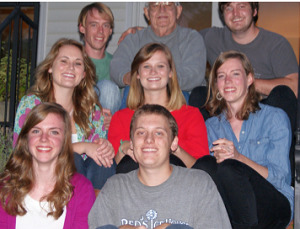 William James Miller, 91, of Statesville, N.C., passed away peacefully on Sunday, May 29, 2022, at his home. Born October 17, 1930, in Longview, N.C., he was the son of the late Everette Lee Miller and Daisy Elmore Miller. He was a graduate of Hickory High School and the UNC-Chapel Hill School of Pharmacy, Class of 1953.

Jim was married to Barbara Moore Miller, who died in 1987.

He was self-employed and a co-owner of Holmes Drug Store with his brother, Joe, on the square, in downtown Statesville for many years. He was also a co-owner of Southside Pharmacy in South Statesville. Before retiring, he worked part-time at Iredell Memorial Hospital in the Pharmacy. Jim enjoyed making investments, keeping up with people, bird watching, reading, telling jokes, and his fur companion Kiki, and he was an avid fan of UNC Chapel Hill football and basketball, but most of all he was especially proud of his grandchildren.

He was a member of Bethlehem United Methodist Church and had served as president of the West Iredell Water Corporation.

In addition to his parents and wife, he was preceded in death by a son, David Lee Miller.

A service to celebrate the life of Jim Miller will be conducted at 2 p.m. on Friday, June 10, 2022, at Bethlehem United Methodist Church Cemetery with the Rev. Michael Flack officiating.

The family will speak with friends following the service.

In lieu of flowers, memorials may be made to Hospice and Palliative Care of Iredell County, 2347 Simonton Road, Statesville, NC 28625, or to St. Jude Children’s Research Hospital, 501 St. Jude Place, Memphis, TN 38105. Online condolences may be made to the Miller family at www.troutmanfuneralhome.com.