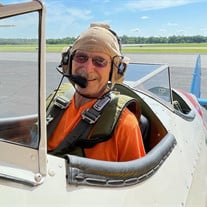 Billy proudly served our country in the U.S. Army with the 82nd Airborne Division. He was a former member of the Masonic Lodge, previously served as volunteer firefighter with West Rowan VFD and with the Rowan County Resue Squad. He was also a former member of the Millbridge Ruritan. He enjoyed watching NASCAR and tinkering in his shop. He was best known by the name “Papaw Bill” to all his grandchildren who he enjoyed so much. He was deeply loved by his family and will be greatly missed.

A visitation will be held on Sunday, February 27, 2022, from 3 to 4:30 p.m. at Cavin-Cook Funeral Home & Crematory. A funeral service will follow the visitation at 4:30 p.m. in the chapel with Pastor Mike Robinson officiating. Burial will be on Thursday, March 3, 2022, at 10 a.m. at Salisbury National Cemetery with full military honors.

Cavin-Cook Funeral Home & Crematory, Mooresville, is serving the Sigmon family. Condolences may be made to the family at www.cavin-cook.com.