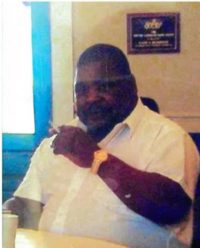 Bunch-Johnson Funeral Home is proud to be serving the Burke family.