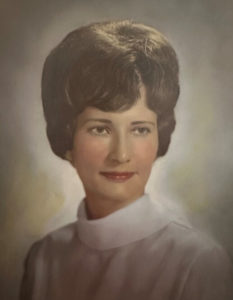 Irene was born on November 14, 1935, in Rowan County, N.C., to the late Glenn C. and Ethel Eudy Wilhelm. She worked at J.C. Penney warehouse and was a member of Western Avenue Baptist Church.

In addition to her parents, Irene was preceded in death by her sister, Sallie Dillon; and brothers, William R., John W. and Larry H. Wilhelm.

Those left to cherish Irene’s memory include her husband of sixty-eight years, Cecil Sherrill. Also surviving are Irene’s many nieces and nephews, whom she loved dearly.

A graveside service will be held at 3:30 p.m. on Sunday January 15, 2023, at Oakwood Cemetery with Rev. Jeff Spry officiating.