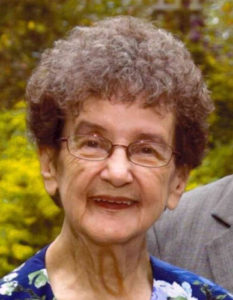 Mrs. Harris was born February 26, 1937, in Alexander County and was the daughter of Arthur Hammer and Opal Dearman Hammer. She was a graduate of Stony Point High School and was married to the late Rev. Robert “Bob” Harris. She previously worked at the Statesville Auto Auction and was a member of Pisgah United Methodist Church, where she taught Sunday School, was President of the United Methodist Women and also assisted her husband in the Robert Harris Ministries. She loved reading, bird watching, flowers and dearly loved her family.

In addition to her husband and parents, Mrs. Harris was preceded in death by one son, Robert “Monty” Harris Jr. on January 23, 2022; one son-in-law, Lindsey Summers; and one brother, Frank Hammer.

Funeral services will be held at 4 p.m. Sunday, January 22, 2023, at Pisgah UMC with Rev. Mike Duncan officiating. Burial will follow in the church cemetery. The family will visit with friends on Sunday from 3 to 4 p.m. at the church.

In lieu of flowers, memorials may be made to Pisgah United Methodist Church Building Fund, 488 Hill Farm Road, Hiddenite, NC 28636.