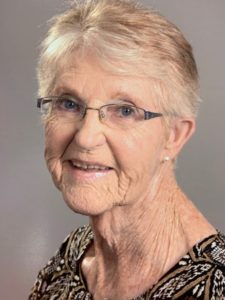 Pauline was proceeded in death by her parents; her husband, Dwight Austin; her granddaughter, Sarah Isabel Austin; and five brothers and three sisters.

She is survived by her children, Darin Austin (Angela) and Kim Gray (Brian); and her grandchildren, Matt Austin (Kelsey), Ellie Austin, and Logan Gray.

A memorial service will be held at 11 a.m. on Wednesday, January 25, 2023, at Hebron Baptist Church, with Darren Johnson officiating.

The family will receive friends immediately after the service.