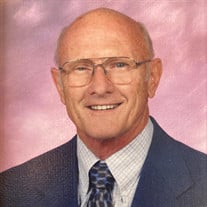 Bob had owned two restaurants in Pennsylvania, and was well known for Hallet’s Cozy Corner, which served all-American food. He had worked for Patterson Kelley prior to his retirement. For over 20 years, Bob played for an organized baseball team in Pennsylvania. He was an avid hunter and enjoyed hunting with his son, Dean. He loved the New York Yankees and Giants and Notre Dame football. Bob enjoyed classic cars. More than anything, he loved his family and spending time with them.

Private services will be held.

In lieu of flowers, memorials may be sent to the Gordon Hospice House, 2341 Simonton Road, Statesville, NC 28625. Online condolences may be left at www.nicholsonfunerals.com.