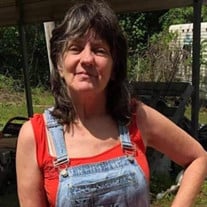 She was also preceded in death by her husband, Wayne Leroy Owens II; a brother, George Stout; and a sister, Mary Ann Hartness.

During her career, she had several jobs, including sewing hot air balloons. She loved to garden, tend her flowers, sew, and color.

Trust in the LORD with all your heart and lean not on your own understanding; in all your ways submit to him, and he will make your paths straight. (Proverbs 3:5-6)

Online condolences may be left at www.nicholsonfunerals.com.

Nicholson Funeral Home is honored to serve the Owens family.