Thank you for taking time from your schedule to help celebrate the legacy of Dr. Martin Luther King Jr. Today happens to be his birthdate so that makes this honor even more special. I am grateful for the opportunity to speak to you this evening as part of this celebration of Dr. King, whom I count as one of my heroes — one who inspires me to do my part to carry on his legacy and vision for this country. Thanks to Dr. Tim Brewer and the Mitchell Community College event organizers for the invitation. 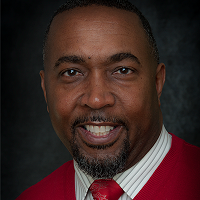 On behalf of the I-CARE Board of Directors and staff, I want to publicly thank Mitchell Community College for the partnership and friendship over the years as we seek to destroy the yokes of poverty and help families loosen themselves out of its ravaging grip. I would be remiss if I did not acknowledge Carolyn Gray and Donna Hogue, board members of I-CARE who work at Mitchell as well as my wife Pam Duncan, members of my family and staff, and my board chair, Michelle Edwards, who are in the listening audience.

In his speech in Memphis the night before he was assassinated, a weary Dr. King, in a foreshadowed sense of finality, said: “Well I don’t know what will happen now. We’ve got some difficult days ahead. But it doesn’t really matter with me now. Because I’ve been to the mountaintop. I don’t mind. Like anybody, I would like to live a long life. Longevity has its place. But I’m not concerned about that now. I just want to do God’s will. And He’s allowed me to go up to the mountain. And I’ve looked over. And I’ve seen the promised land. I may not get there with you. But I want you to know tonight that we as a people will get to the promised land. So, I’m happy tonight. I’m not worried about anything. I’m not fearing any man. Mine eyes have seen the glory of the coming of the Lord.”

In thinking about the many times you’ve probably heard that before, have you ever taken the time to think about where “there” is? While Dr. King made mention of the promised land, making a direct analogy to the land God promised to Abraham and his descendants, he did not define it beyond the “promised land.”

He said, “I may not get ‘there’ with you.” But what was this promised land … where was this “there”? If you know anything about Dr. King and his teachings, he spoke often of the Beloved Community. You see the Beloved Community is a place that many have visions of. It has been defined as a place that seeks an end to poverty, hunger, and homelessness; racism and discrimination of all kinds, and works to replace such bigotry and prejudice with a true spirit of sisterhood and brotherhood — a place where neighbors look out for neighbors and peace and justice abundantly thrive. The Beloved Community is a place where the work of conflict reconciliation has found its successful destination.

I am making sure this concept is well-defined for a reason. In this community, this Beloved Community, poverty, hunger and homelessness; racism and all forms of discrimination, bigotry and prejudice will not be tolerated, says the King Memorial, because standards of human decency will not allow it.

I see many people and organizations out here doing good work. They are walking out their desires to make this world a better place. My involvement at Partnership for Equity Iredell is certainly an example of those efforts. As well, we at I-CARE are so fortunate to be able to do the work we do in Community Action alongside of 1,000 other agencies across this country that seek to live out the values of equity, respect, commitment, hope, community, caring, and opportunity as we do our part to build this Beloved Community.

There are certain beliefs we feel this Beloved Community must have so in order to get “there.” These beliefs must be held:
• We believe all people should be treated with dignity and respect and recognize that structural race, gender, and other inequities remain barriers that must be addressed.
• We believe that this nation has the capacity and moral obligation to ensure that no one is forced to endure the hardships of poverty.
• We believe that with hope, adequate resources and opportunities, everyone can reach their fullest potential.

To repeat the oft-repeated line by the 3-year-old child in the back seat of the car on the way to vacation: ”Are we there yet?”

As I thought about the answer to that question, I was led largely by a sense of sadness after witnessing the insurrection at the Capitol last week. Not to be a bearer of bad news — while acknowledging the progress we’ve made, we are obligated to tell the truth. Just think of everything we have seen since last year this time. I don’t need to remind you specifically, but the common thread of personal and systemic racism is woven through each incident. In the Beloved Community, recurring racist events will not happen. So, no, we aren’t there yet. In fact, we are still some distance from the Beloved Community.

As we seek to understand the concept of the Beloved Community, that promised land, that place of there, particularly after seeing recent events in America, it begs the question also posed by Dr. King: Where do we go from here: Chaos or Community?

My friends I am here to tell you I choose Community. I’ve seen enough chaos. I don’t want my children and future grandchildren to live through this chaos and I hope you don’t want yours to either.

The question then becomes how do we get there?

Dr. King said, “In the days ahead we must not consider it unpatriotic to raise certain basic questions about our national character.”

“Let us be those creative dissenters who will call our beloved nation to a higher destiny, to a new plateau of compassion, to a more noble expression of humanness.”

In 1968, the Kerner commission was formed by President Lyndon B. Johnson to assess why riots were happening across the country. At the time, some said, much like today, that it was due to outside agitators or young black men who were selected as the faces of the protests. This commission, comprised of a very diverse group of white and black people from both sides of the political aisles from across the country, through their research and internal fact-finding and debate, concluded that white racism was the fuel behind all the rioting and black anger. In fact, the commission warned that America was heading toward “two societies, one black, one white—separate and unequal.” According to the Smithsonian Magazine, the commission unveiled the truth and laid out goals to address identified accelerants to the problems of the day.

In an almost carbon copy of our current environment, those accelerants included:
♦ Bad policing practices,
♦ A flawed justice system,
♦ Unscrupulous consumer credit practices,
♦ Poor or inadequate housing,
♦ High unemployment,
♦ Voter suppression and other culturally embedded forms of racial discrimination which all converged to propel violent upheaval on the streets of neighborhoods in American cities all across the country.

That was over 50 years ago.

So, I submit to you that the road to the Beloved Community will not be smooth. In fact, it is hardly paved at all. To get there, we must endure. We must listen. We must learn from our past. And, it does involve a sacrifice of comfort for many whom have enjoyed the self-entitled advantages of living in this country. It’s about compassion and concern for your fellow man. Not such that’s based upon the fragile social construct of race — but on compassion that is rooted in the love that we are called to extend to our fellow man.

It is about bringing a chorus of diverse voices together, being intentionally inclusive of others, and in the process learning from others through talking to them. You see, the Beloved Community doesn’t mean that everything will be perfect. I think it means that when imperfect people come together, we can reach solutions to our problems that get us closer to a more perfect union.

So, what will it be? Community or Chaos, my friends?

I am one of those eternal optimists who still believes that this is a fixed fight, and that love wins in the end. But I also believe it’s a full 15-round fight. It’s not a three-round made-for-TV exhibition.

In this fight to defeat racism and reach Beloved Community status, there will be setbacks; there will be hurdles to cross and mountains to climb. But there will also be victories along the way.

Racism is a disease. In fact, the American Medical Association declared racism a public health crisis.
My friends, what I would offer is that this disease of racism was never properly treated to begin with. When we seem to make anything more than incremental progress, something always seems to cause the disease to re-emerge. If we are going to heal from this infectious disease, it will take like-minded folks being stronger and more determined than the racists who strive to keep it alive.

Inherent in the healing process is truth telling. Telling the truth about the 450-year history and origins of racism in our country. That must be part of the journey towards the Beloved Community. For there is no lasting reconciliation without truth.

As I close, to reach the “there” — the Beloved Community — we can’t let hate win. I choose love because, in the fitting words of Dr. King, hate is too great a burden to bear. Thank you for your time this evening.

Bryan Duncan is the executive director of I-CARE Inc. in Statesville.