This letter is in response to your recent editorial regarding Maureen Purcell and her competence to continue to serve as Iredell County register of deeds. 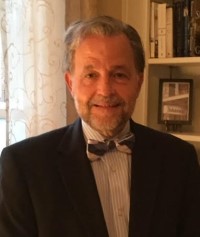 I have practiced law in Statesville for 31 years. My practice primarily involves real estate, and therefore I am in the Office of the Iredell County Register of Deeds almost on a daily basis — sometimes briefly once or twice a day to record documents and sometimes for hours on end performing title searches. I can attest to the professionalism of the staff of the Register of Deeds, their competence, and superior customer service. We can be proud to have a Register of Deeds Office that is known as one of the leading offices in the State of North Carolina. This reputation has been earned over many years and continues under the leadership of Maureen Purcell.

With respect to your viewpoint, I have four disagreements.

First, you begin by criticizing the selection of Mrs. Purcell to fill the remaining term of Ron Wyatt. I strongly supported Joyce Bess to fill the position and contacted those Committee members who I knew to request their support for Joyce. While I was disappointed that Mrs. Bess was not selected, as far as I know the Committee and the Iredell County Commissioners followed the law in making their selection. More importantly, Maureen Purcell did nothing wrong or improper in placing her name into consideration for the position.

Second, you say that Mrs. Purcell has not been a good steward of the public treasury. I say nothing could be further from the truth. It is my understanding that the Register of Deeds’ Office is and has been the only county department that makes more money each year than the cost to run the office. But credit goes to Mrs. Purcell for identifying an additional source of revenue by processing passport applications. Since Mrs. Purcell implemented the program, the service has been wildly popular. Applicants are coming into the office in great numbers from counties throughout the state. The county receives a fee for each application processed. Mrs. Purcell should be commended for her vision and foresight.

Third, you claim that Mrs. Purcell has not lived up to the high professional and ethical standards required of her important position because she hired two men you feel were not qualified. I cannot speak to their qualifications but these positions where part-time, hourly-paid, and temporary. They had to first be approved by the United States Department of State. They were not hired to be part of the full-time staff of the Register of Deeds Office but strictly to process passport applications. I do know that Mr. Brawley’s position was terminated some weeks ago, and Mr. Summers from my observation and from the high number of requests for appointments is doing a good job. He performs his job professionally, competently and cordially.

Further you fail to mention in your article that Mrs. Purcell has made several hires to the permanent staff since taking office. From my observation, and from comments made by other staff, these new hires are excellent additions.

Fourth, I disagree with your manner of reaching conclusions as to a person’s intentions. You seem to put several facts together and conclude the worst possible intentions. You put forth no evidence of intentions other than the fact Mrs. Purcell did not respond to your accusations in a timely manner.

Finally, my assessment of Maureen Purcell is that she is intelligent, well-spoken and energetic. She treats her staff well. She places an emphasis on developing her staff through training. And most important to me and to all citizens of Iredell County, she and her staff provide friendly and helpful service to the public. If you have never been to the Register of Deeds’ Office, you should come by some time and see for yourself. Maureen Purcell has my support, and she already has my vote.